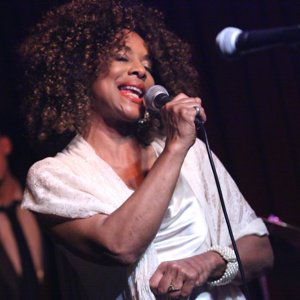 August 10, 2011 – Jazz originated in African-American communities in the country’s southern states at the beginning of the 20th century, but with the population migration to the north after the Industrial Revolution, Harlem became known as a nucleus for emerging talent.

Since improvisation is a key element of jazz music, by the 1920s “the best musicians were going where they could meet. Harlem is the longest-standing and richest home place for jazz music in the US. All jazz musicians play here to establish themselves,” Schoenberg says.

During Prohibition, many legendary greats played at neighborhood speakeasies, including Edward “Duke” Ellington, the first great composer and self-arranger of jazz music.

The Washington pianist and his orchestra performed at Harlem’s Cotton Club as the house band from 1927 to 1931 in front of a mostly white audience. The shows were occasionally broadcast live on radio, which gained Ellington nationwide celebrity status.

When the Apollo Theater opened in 1933, Benny Carter’s big band was featured, which helped seal the theater’s destiny as the city’s primary African-American performance venue and a mecca for jazz bands. The alto-saxophonist, who doubled on trumpet, was an arranger, composer, band leader and recording artist.

In 1934, Ella Fitzgerald, considered by jazz fans one of the best female jazz vocalists of the 20th century, wowed the notoriously harsh crowd at the Apollo’s Amateur Night at the age of 17. She nabbed the $25 prize and her distinguished career began.

Jam sessions have continued to play a role in the development of jazz artists in Harlem.

“When I first came to New York in the early 1990s, there were jam sessions all over Harlem,” recalls David Lee Jones, an accomplished alto saxophonist who has worked with Sade and Phyllis Hyman, and performs regularly with the Mingus Big Band. “You could leave your home at midnight and play from club to club until 8 or 9 in the morning.”

For up-and-coming artists, “it’s great for cutting your teeth,” says Jones, who says he was fortunate to have met Miles Davis and jazz drummers Art Blakey and Art Taylor Jr. at these late-night practice sessions.

For more than a decade, Jones has played regularly in the brick-walled basement of American Legion Post 398 in Harlem. Every Sunday evening from 7 until midnight, he performs with veteran organist Seleno Clarke. The free-for-all gatherings consistently draw musicians and fans worldwide. “It was a small thing that turned into a big event by word of mouth,” says Jones.

As for Harlem’s jazz future, “We’re in an interesting period,” says Jones. “New York is going through changes — there’s gentrification, and real estate has gone up, forcing a lot of clubs to close. But jazz is a music that is timeless. It will never die. The musicianship and improvisation that you can get from players is on a higher plane. There’s no limit to the creativity.”

Clarke’s other objective was diversity — also the title of his quintet CD, produced by George Benson, who’s also sat in at Clarke’s American Legion jam-sessions.

“There are patrons and musicians coming from all over the world. It’s a joy to look at the audience,” says Clarke.

Raised in Washington, DC and Maryland, Clarke’s grandfather, a pianist, first taught him to play. Later, Clarke focused on the saxophone. But after high school, “I heard Jimmy Smith — the great organist. I’d heard the Hammond organ in church, but not in jazz. I wanted to learn that instrument,” he says.

Today, Clarke is especially proud of the foundation he and his Harlem Groove Band have created for musicians. “It’s unique,” he says. “I’m a pioneer bringing jazz to the American Legion and the community.” — Erika and Richie Prafder

While many musicians earn a living by performing abroad, you can still catch today’s coolest and most talented jazz cats in Harlem.

“I make most of my money out of the country, but I’ll always play in Harlem,” says tenor saxophonist Wayne Escoffery, who is performing this summer in Germany, Paris, Croatia, Russia, Israel and Africa.

Originally from London, England, Escoffery moved to New Haven, CT, at age 11, where he began playing the sax.

“I loved the freedom that the musicians had when playing, and the camaraderie. I was a shy person, but through jazz, I’ve made incredible, lifelong friendships,” says Escoffery.

After earning a master’s degree in music from the Thelonious Monk Institute of Jazz Performance in Boston, Escoffery came to Harlem’s Sugar Hill neighborhood, where he’s resided for 12 years.

“It’s an historical area in jazz. I love the energy and the people,” says Escoffery, who is set to complete an all-original, self-produced recording project, “The Only Son of One,” this fall. — Erika and Richie Prafder

Each Wednesday at the Smoke Jazz and Supper Club-Lounge in Harlem, jazz vocalist Eve Cornelious aims to entertain the people who turn out to hear her and her band, Mosaic, play. “I like to think that while they’re there, everyone’s enjoying each other,” she says.

Born in New Jersey, Cornelious began singing at age 3. She fell in love with jazz while living in Durham, NC. A college business major, Cornelious also completed two degrees in music and jazz performance, conducted jazz workshops and taught high school jazz before moving to New York in the late 1990s. “I wanted to push it further and see what I could do. The soul of jazz is in Harlem. I wanted to feel some of that,” she explains. “Harlem has good status all over the world. If you’ve worked here, it legitimizes you.”